My SQL query is based on multiple tables and is joined with a full outer join on the timestamp column. Therefore, I have some null values returned for some of the other columns and they are shown as such in the GCP BigQuery Console.

However, when I run the query in my time series panel, those null values are treated as zeros, leading to an undesired graph.

Is there a way to avoid that behaviour in Grafana?

hmmm, not sure if we’ve fixed that bug, but Grafana forked that plugin and has taken over development: 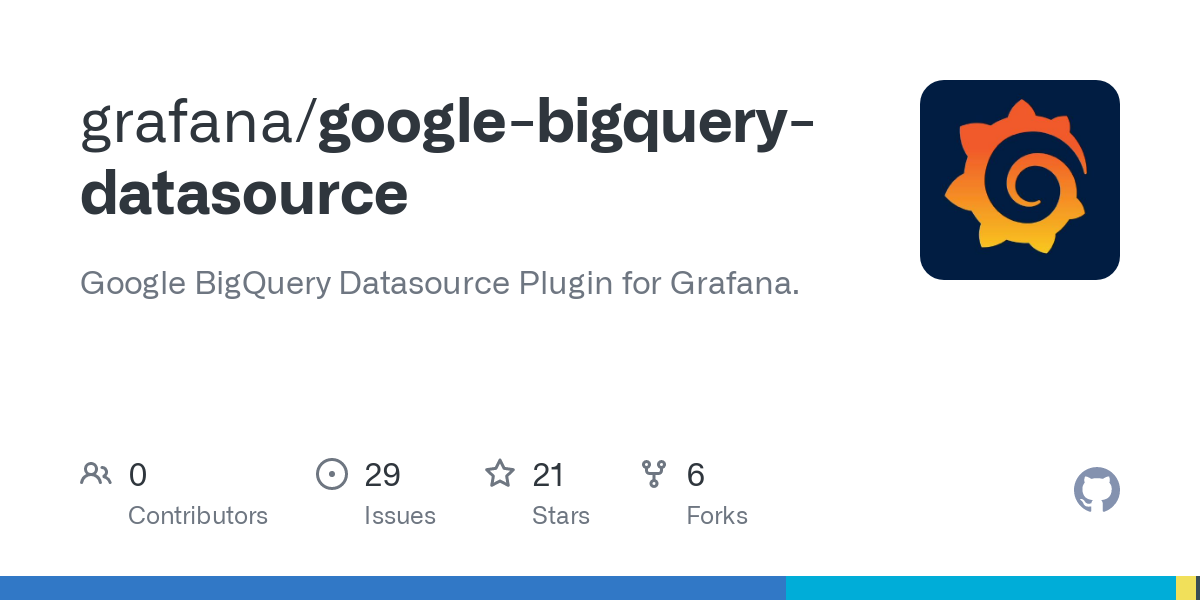 Google BigQuery Datasource Plugin for Grafana. Contribute to grafana/google-bigquery-datasource development by creating an account on GitHub.

it’s still in beta and not published, but you can build it from source…

Seems like it is fixed in the forked version (tested v0.1.10). Thanks!