Using /var/lib/grafana/dashboards to automatically import dashboards *.json files seems to create them duplicated, they appear twice in the dsahboard finder… they even have different ids and if you modify one the other is not affected.

What version of Grafana are you using?

If your using the new dashboard provisioning setting, all changes have to be made in the json only. Otherwise, they will go out of sync.

Hi,
First of all thanks for your answer, I’m using the docker image grafana/grafana:4.6.3

The dashboards appears twice upon fresh creation and both entries points to dashboard/file/mydashboard.json, whenever I manually update any of them an extra dashboard is created with the changes I provided, this time pointing to dashboard/db/mydashboard

I just started a 4.6.3 container with two dashboards in /var/lib/grafana and [dashboard.json] enabled it works as I expect it to.

Grafana loads two dashboards into memory (dashboards in memory have /file/ in the url) that I cannot save directly. I can use Save as but that creates a copy of the dashboard.

When you say manually update them are you talking about changing them on disk or in the UI? 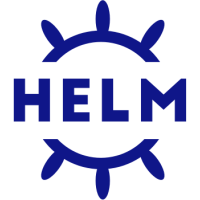 Curated applications for Kubernetes. Contribute to helm/charts development by creating an account on GitHub.

and installing as follows

Which on its version 0.5.3 end up installing grafana/grafana:4.6.3, that grafana_value.yaml file contains a configmap that creates a mount into the container with the dashboard files into the dashboard folder like shown below

When I say “manually update” I mean into the GUI but forget about that, the issue I’m talking about is the dashboards appearing twice (with same id) into the finder right after installing grafana with dashboards.json enabled and json dashboards files into the dashboard path, without doing anything else, as shown in the print screen below.

I will try to do some further testing, to see if the problem can come from the way that kubernetes configmaps are created which is using multiple symlinks pointing to a “…data” folder that points over another “…folder” within the same dashboard directory.

Does grafana load all .json files on that folder recursively? How would grafana handle symlinks pointing over another json as shown above?

besides that I can’t think of anything else…

I’m just heading out to my partner’s parent to celebrate Christmas. I will look into this mid next week once I have a chance. Happy holidays!

That’s really gentile from your side, this is almost the same situation here… I’ll post any update here, have a good Christmas!

Hi,
I just reproduced the issue, and as suspected is related to the way kubernetes creates the configmaps and how 4.6.3 walk through the dashboards folder, so I’ve created an issue on github because I feel this may be a more suitable place to track it, here it is the link.