Is it possible to change the X-Axis by a categorial value? and Make it Dynamic?

I’m a newbie with Grafana and I’m making small and simple plots.
I come from PowerBi and I found a lot of similarities between thesee two apps. I got two main questions, may be the comunity could help me to untangle them.

In the following picture I show you the graph I was able to create in Grafana and this is its query:

I would like to know if it’s possible to change the X-axis from the dates to a categorical value like:

So it resembles a little more like the top graph following picture:

The categorical values showed before are in the table which is used to create the query (wp_planning_asignaciones_semanal), so that shouldn’t be the problem.
I know that it’s not the purpouse of the time series, but I would like to use the time series chart to create this visualization. I hope it’s possible

My second question depends if the question one is viable.
In PowerBi we got one filter which was able to change the X-Axis Dynamically. That dropdown got two checkboxes, months and weeks, so If we click either of those, we could change the X-axis as we wanted.
The result with the click of the button would be the graph in the bottom of the second picture.

Thank you very much for your time and help!

the x axis will remain time on the time series panel

it looks like you might want to use the Bar Chart, which uses arbitrary strings on the x axis:

See the docs for the data model that you will need to fit: 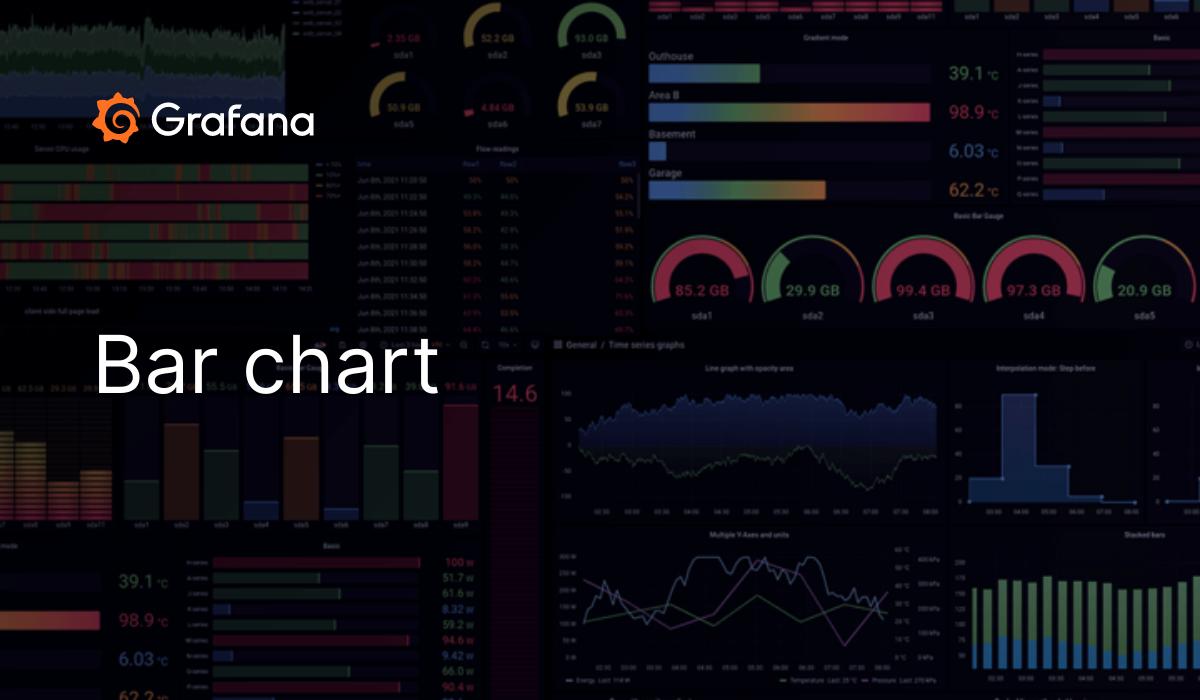 I thought about that, but I did want to mimic the chart in PowerBi, in which I can combine strings on the time series panel.

Thanks for the effort and the support Matt