I’m trying to embed a variable in a SQL query, but I need the query as a string.

I have been looking at the formatting options, but even when I try to use the double quotes SQL/Grafana interprets them a bit different, where two single quotes together has a space between them, but the doulbequote option has them adjacent and the interpreter doesn’t like it 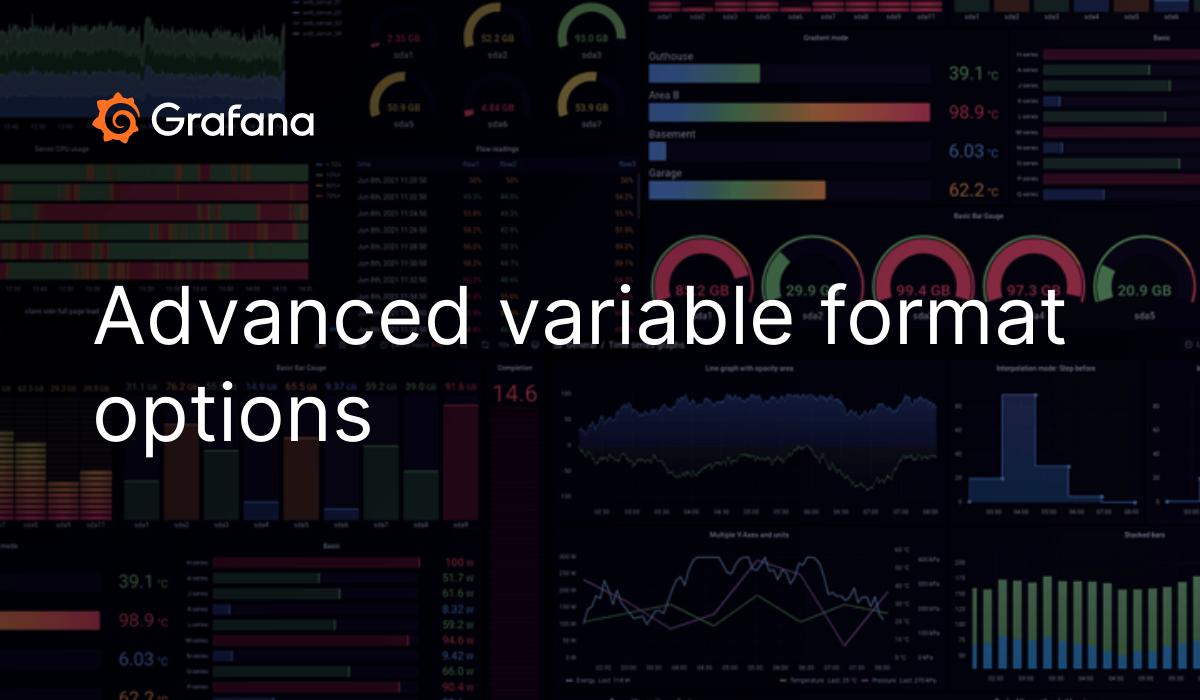 Advanced variable format options The formatting of the variable interpolation depends on the data source, but there are some situations where you might …

Why do you need them as such? is that how they are in the database?
How are you building the variables? statis or from db?

that is how you write a sql query

you would do it this way

If you re-read the original post, they need the query inside of a string. There’s a variety of good reasons for needing a query in a SQL string, such as passing that to EXEC, as a stored function argument, etc.

The two-single-quotes is the way to escape a single quote within a string (which needs to be wrapped with single quotes, not double). As far as I’ve been able to figure out, there’s no way in Grafana currently to get a multi-variable’s values as a comma-separated list of double-single-quoted values.

An option like ${dashboard_variable:doublesinglequote} that returned ''val1'',''val2'',''val3'' would be immensely helpful and seems trivial to add.

Exactly what I was looking for!

you are a life saver